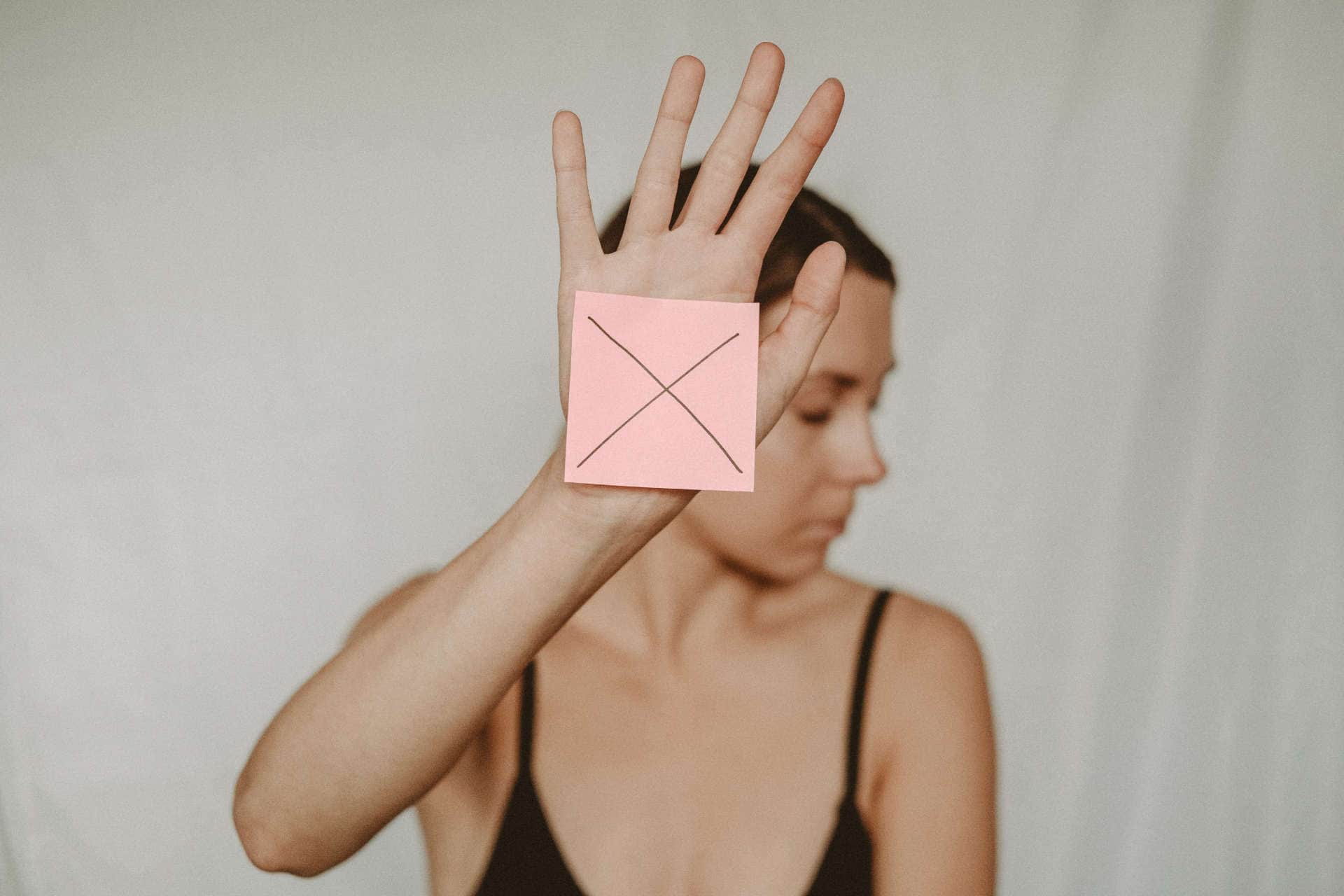 Moreover, it also shows your potential play partners you have put thought and effort into getting to know yourself before engaging with others.

Everyone has limits, even those who say they don’t.

The most extreme masochist will have something that they don’t like to experience and the cruelest of Doms will set a boundary they won’t cross.

A much older Dom told me many years back how he likes to reply to subs who claim they have no limits.

“I ask them to put their hand on the table and get the kitchen knife. I then ask them if it’s okay for me to cut off their pinky finger. That usually leads to them quickly remembering some limits they DO want to set.“

How you set them and why is totally up to you.

If you are not masochistic, your limit could be anything involving pain, while those who don’t like to be restrained will put bondage on their list.

No need to defend yourself

It is customary to exchange hard limits between partners before your first scene and many like to write them down.

There are two types of hard limits:

No matter your sexual preferences or kinks, these limits are never to be crossed.

Yes, you might have rape play fantasies…but that’s completely different from actual rape.

Pet play and putting on a horse mask is fun and all…just don’t involve actual horses.

Here are some other common hard limits many people share:

Stick to your limits

Set limits and stick to them. Good play partners will respect them and not try to change your opinion or overstep your boundaries.

Soft limits are those things you can see yourself liking but don’t want to do them now.

In other cases, you only want to do them with certain people or only with those who can fully trust.

This might include advanced impact play, certain fetishes, or anything else.

Overstepping soft limits is possible, however, only after explicit prior consent and only if both partners are experienced enough in this.

Setting limits before a scene

When you meet a new play partner, whether they are sub or Dom, Top or Bottom, it is important to discuss any and every hard or soft limit before you start.

Here are a few great ways to do just that:

Just talk about them openly

The simplest way to discuss limits is by simply talking about them openly.

If they are a new partner you have never been with before, this could be done on your first date or right before the scene.

If you have made a limits list on paper or digital, you could exchange them beforehand to go through them on your own or together.

Plan the scene and get it “approved”

While this might sound a bit unromantic, it’s actually an easy and painless way to set limits. The Dom or Top of the session shows the general outline of it to the Bottom or sub and they can then agree or disagree on whatever practices are included.